THE CAST OF TWELFTH NIGHT

(LISTED BY ORDER OF APPEARANCE) 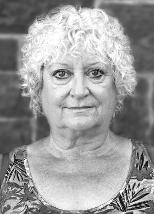 Locally she has appeared as both Banquo and Lady Bracknell for the Dramestics Theatre Company.

Jayne has been seen on TV in Trollied, Keeping Up Appearances, 999, Casualty, and films Nasty Neighbours and One Day in Nowhere Town.
Radio credits include The House of Mirth, Headlines and Working the System.

She is also the Producer for Rain or Shine and both designs and makes the costumes for every production.

On graduating, her first professional role was ‘Anne’ in “The Diary of Anne Frank” (a very long time ago).

Marianne spent  20 years in Australia and New Zealand working in theatre, TV and film before returning to the UK in 1990.

Her many stage roles have included ‘Catherine Holly’ in “Suddenly Last Summer”,  ‘Hermia’ in “A Midsummer Nights Dream”; ‘Annie Sullivan’ in “The Miracle Worker”;  ‘Judith Bliss’ in “Hayfever”;  ‘Cordelia’ in “King Lear”.

She recently played Elizabeth Brown, one of the first female astronomers of the 19th Century, in the short film, “The Making of Miss Brown”.

Marianne appeared with Dramestics previously in “Macbeth” and “The Importance of Being Earnest”.

Jessica has been a performer since the age of three and, following training at Rose Bruford College and Syracuse University, has continued to act and sing whenever the opportunity arises.

This is not the first project she has undertaken with Edward Derbyshire at the helm, but rather the latest in a string of Shakespearean projects,some with choreography of post-apocalyptic proportions and mops as swords.

Jessica is very much looking forward to taking this poetic timewalk with you and hopes you enjoy the sights along the way. 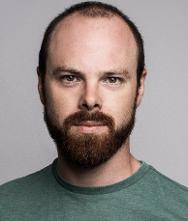 Leo Graham studied English and Theatre at the University of Leeds, where he studied different aspects and theories of theatre including puppetry. During this time he wrote and performed in his own pieces and in his colleagues' writing.

After acting for a couple of years after graduating, he studied Acting at the Royal Conservatoire of Scotland, which included a residency and performance at Shakespeare's Globe and performing his own work at the Edinburgh Fringe.

Since then he has been doing touring theatre around the South West, Shakespeare Festivals and working abroad for the National Theatre of Malta. He is now based in London. 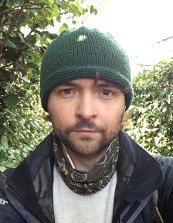 Murray Spear is an actor, writer, all round creative, and above all, is proud to be a polymath.

As an Autistic actor, he offers a different perspective upon a piece, and brings tools to show that no division, or box, is needed if we are all celebrated as ourselves.

As a long-standing member of GYP he spent many happy years touring the county and sharing Shakespeare with the masses. He appeared as Tybalt in Romeo & Juliet, Caliban in The Tempest, and Demetrius in A Midsummer Night’s Dream, amongst other roles.

Having worked in a production capacity alongside Edward Derbyshire on many projects outside of GYP, he is extremely excited to be involved with such an emotive and personal piece.

Edward is a local director, actor, teacher and translator. His professional theatre company, the Dramestics, goes into people’s homes and performs in our living spaces.

In his spare time, he writes poetry. He has written for friends’ weddings and funerals, but also to express his reactions to the environment, and the important people in his life. He has had a correspondence with his father in poetic form.

Some of the poems he performs arose from this familial dynamic; others express a connection with his own experiences. ‘From Age to Age’ is a new project drawing upon all these various influences in his life.